This year marked the 20th Pattern Languages of Programs conference. We celebrated this special event by returning to our roots at Allerton Park in Monticello, Illinois where the conference first began. This year's conference bridged the gap between newcomers with great ideas and some old friends who have been with us from the beginning.

It was very exciting to see the familiar faces of Ward Cunningham, Ralph Johnson, Richard Gabriel, Ademar Aguiar, Rebecca Wirfs-Brock, Brian Foote, Kyle Brown, Peter Sommerlad, James Noble, Dirk Riehle, Bill Opdyke and many others. Just as exciting were the many new faces from all around the world. We had 16 countries represented and we also had many first time attendees. We even had a couple patternists this year in Jenny Quillien and Michael Mehaffy who have worked with the building architect Christopher Alexander, whose book "A Pattern Language" has had so much influence in our our community. 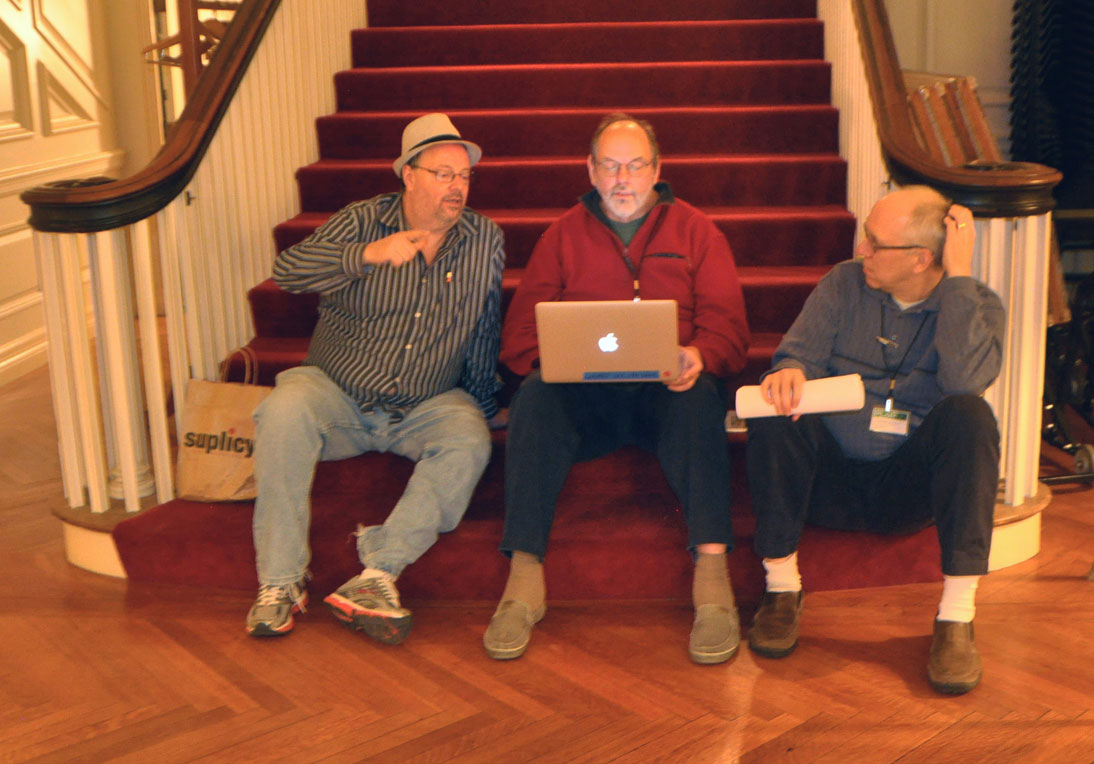 I'd like to thank Ward Cunningham for coming and giving his talk on federated wikis and for helping me create my first federated wiki (pictured on the right). I'd also like to give a special shout out to Dave West and Bob Hanmer, this year's Shepherding Award recipients. And as always, PLoP wouldn't happen without the authors who worked so hard to submit the great ideas and papers for our review. Thanks to every one of you who pulled together to make this 20th PLoP such a great celebration, and I look forward to seeing everyone again next year.

Teams that Innovate offers high-level, customized consulting and mentoring services to industry leading companies. Our goal is to hasten the improvement of your core development teams, empowering them to innovate, grow, and develop clean, functional code.